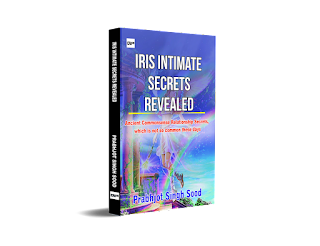 Suresh has studied in a top engineering college and prestigious business school (IIT, IIM). He is on a fast track career growth path, his qualification and credentials are impeccable, his knowledge and resolution to the challenging situations have earned him immense respect. He is consistent in his approach and a firm believer in creating gender-neutral workplace. He has immense respect for all women, he usually encourages them to take challenging assignments in the company and often suggests HR to hire more women.

The best thing about him which has earned him respect from young women is his in-principle approval for relocation after marriage. He networks actively with his peer group and try his best to scout for and create internal vacancies at other locations and other departments as well.

However challenges came after he gave feedback to women during annual appraisal for performance pay and development potential. An increasing number of women and men began to quit, no 1 reason for resignation given by them was, quitting due to family commitments. A woman, who was actively mentored by Suresh as an aspiring candidate for the senior global position, suddenly quit. This set alarm bells ringing, obviously, there was something which was not normal. All the women and men who quit never said anything against him, no women wanted to jeopardize their future career prospects after appraisal.

We were hired to investigate the reason and suggest remedial action. We interviewed all the women and few men who resigned and our findings were;

Eagles Learning internal confidential document of the findings
a)    Few women joined a competitor and few were in the process of accepting employment offer with other companies. Two high performing women, potential to be at senior leadership position and global assignments decided to become full time entrepreneur.
b)    Almost all of them were of the opinion; his way of giving feedback and conducting performance appraisal is devaluing the way they think and work to achieve results. He is too imposing about his thinking; working style and micro managing everything. His interpretation of dedication, loyalty, reporting and decision making is something which is unacceptable, not humanely possible and unheard of at other companies.

c)    CENSORED: We are revealing this for the first time: Few comments which alarmed our team were, he was called a smooth talker, a beast, a wolf, a master manipulator, energy sucker under sheep’s clothing, a person having scant regard for family values/commitments, personal life and respect for unforeseen situations of his team members at home. Women were offended to the extreme about his style of giving feedback.

d)    Our submission: Confidential report and recommendation to the board;
1)    He is indeed a good person, exceptionally intelligent, technically knowledgeable who is an asset, we need him for specialised high stake and time-bound critical projects.
2)    He need to learn the basics of people engagement, earning the respect of people from heart is much desired in his behaviour.
3)    He must attend mandatory gender sensitization workshop. Hire a senior woman coach to guide him about these aspects.
4)  He must attend mandatory outbound team building workshop, where expert psychologist besides our expert facilitators at Eagles Learning understand and interpret his behaviour. Let participants; his team give him candid feedback about his leadership style. He needs to be carefully monitored about his acceptance of not so pleasant feedback and his genuine desire to implement improvements in his behaviour.
5)    Implement on priority, damage control intervention, reduce his span of control, number of divisions, and people reporting to him. Not retaining talent can result in a serious leadership crisis.
6)    Prepare and activate his back up; identify, groom, train his successor high on people engagement skills
7)    What if he quits? On a war footing, emergency response, prepare a strategy for his sudden exit
8)    Expert psychologist and graphologist monitor his undesirable traits and work on coaching him. We need to continuously monitor his acceptance of feedback given by experts and his commitment towards himself.
9)    Revamp current and establish a new processes for all new promotions and leadership hiring. Evaluation by graphologist, psychologist and outbound experiential activity assessment by experts from our team. Eagles Learning team will have one senior lady assessor-psychologist to evaluate on gender inclusion orientation and other traits of a person.
10) As far as possible, preferably groom internal person to take on future leadership positions.

We earned trust of the board and this high performing energetic young CEO for our authentic feedback. This is rare; because usually, everyone listens to only good things. I have immense respect for this humble person.

We did our best to imbibe desired behaviour in Suresh, we became good friends, we got his handwriting, signature and other behavioural traits analysed, we highlighted all his strengths and strong points once again and finally after one year we decided we are not heading anywhere and suggested him, few things people learn only when they season with age. At the moment he is best working with small teams. Future is promising with immense possibilities and opportunities for all of us.

He refused to accept, believe and act upon the below-mentioned points, we tried to convince him;

1) Same words have a different meaning for men and women (eg: Yes, No, Ok, Perhaps, I Hate You, Good, Interesting, like an idiot)

2) The difference in interpretations is due to brain wiring

4) Men need to appreciate and understand corporate work culture has been evolved and perfected over Ages by men, which is too masculine. Treating and speaking in the same style to a woman as we do with men is not correct and can be constituted as harassment

6) Being a good listener is important, micro-managing, and telling women how to work to achieve the result (like a man) can be interpreted as an insult.

7) It is advisable that men should use metaphors (third person approach) while giving one to one feedback to women. Telling stories about how other women have achieved success in their career/life to solve a similar problem will yield the desired outcome.

8) The best way to cultivate these habits is to practice these at home. Listen, observe and take feedback about our behaviour from spouse
#IRIS #PrabhjotSinghSood #LeadershipSecrets

He did something good for himself, he realised his natural style is such that he prefers to work with small teams and specialised projects for a limited time period only. He loves to work with only those who fully endorse, agree with his thoughts and style of working. He exited gracefully and became a serial entrepreneur and funded few startups. He is doing well, he has a happy family, father of two kids, and we often meet and exchange pleasantries. God bless him all the happiness, he realised what he is good at.
I am happy because we always kept Suresh in high self-esteem and also feel sad, in spite of best of our efforts we couldn't make him realise/appreciate, God has created Woman and Man differently, to complement each other. Both genders are not alike. Better acceptability of diversity is important, if we have to grow.